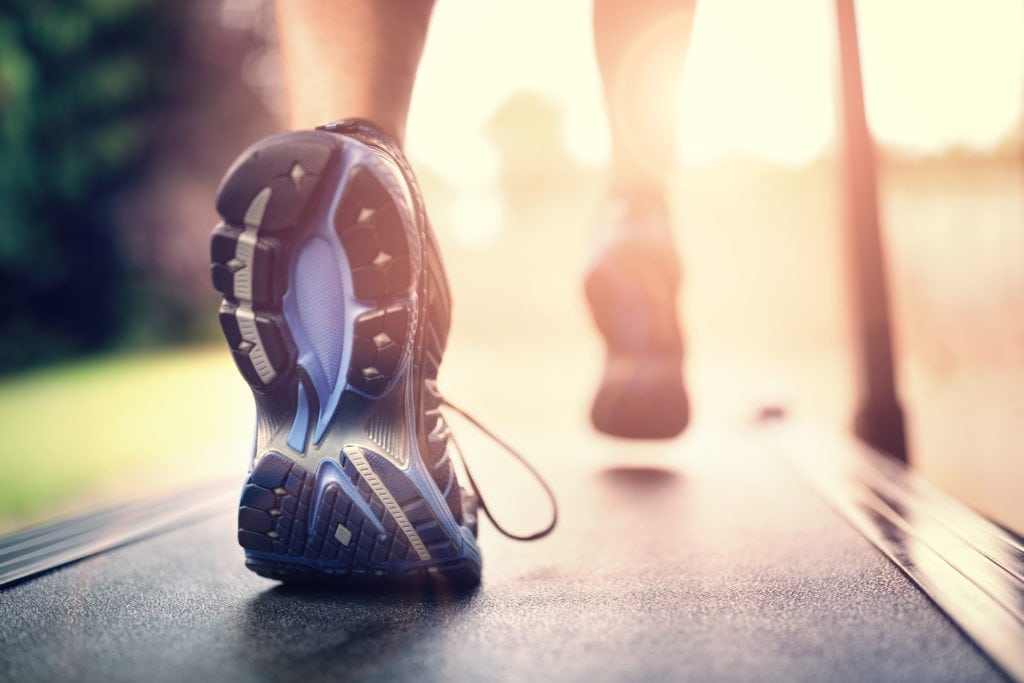 The late, great physicist Stephen Hawking was onto something when he said, “To confine our attention to terrestrial matters would be to limit the human spirit.” After all, many of earth’s most cutting-edge technologies were inspired by the vastness of outer space.

One great example is the AlterG anti-gravity treadmill. Dr. Robert Whalen was working at NASA’s Ames Research Center in California in the early 1980s when he developed several solutions for exercising in space. Being immersed in a zero-gravity environment presents many obstacles for maintaining muscle mass – especially since most of the activities that promote muscle-building require standing, walking, and remaining upright. Dr. Whalen’s solution was a harness with added weight that mimicked the force of gravity experienced on Earth.

Years later, a slight tweak of the original technology gave Dr. Whalen’s son, Sean, an ingenious idea: if we could recreate the effects of gravity in space, why not defy it on Earth? In 2005, a cutting-edge prototype for his AlterG Anti-Gravity Treadmill was unveiled. Unlike his father’s gravity-inducing harness, this device gently lifted the user with “differential air pressure” (a pressurized vacuum), allowing treadmill users to avoid much of the wear-and-tear impact of traditional treadmills.

High-profile athletes such as Olympic runner and coach Alberto Salazar were intrigued by the technology and believed it might benefit people with athletic lifestyles. The technology provides chiropractic patients, athletes, seniors, and amputees with a controlled environment in which to practice safe movement and enhance chiropractic treatment.

The machine itself resembles something from the future, which is very apropos considering its NASA-inspired roots. According to Run to the Finish, a running enthusiast blog, your technician will zip you into a vacuum-sealed bubble that engulfs both your lower extremities and the belt of the treadmill.

Think weight-bearing exercise is out of the question during your recovery? Think again. The AlterG treadmill allows patients to reintroduce weight-bearing activities into their exercise regimen sooner, without exposing the sensitive, injured tissues to more harm.

After an injury, one major concern is improving gait patterns – that is, a patient’s repetitive pattern of steps and strides. AlterG’s monitoring system provides both verbal and visual cues for remedying poor mechanics and movement. Clear windows on the sides of the machine allow physical therapists to monitor and evaluate gait mechanics.

If you’re undergoing chiropractic treatment for an injury, inquire about the use of an anti-gravity treadmill for your recovery.

Delaware Back Pain & Sports Rehabilitation Centers is one treatment facility employing the use of this technology for exercise therapy. Our experts will work with you to devise a full-body program that addresses pain, joint health, proper breathing, stretching, and strength training. For more information, visit DelawareBackPain.com for a list of convenient locations.